Eamonn & Mary are consistent supporters of the Liver Unit and have contributed enormously to patient care here in St. Vincent’s.

The 2014 Charity Swim raised a magnificent €4,225.00. Weather conditions were particularly rough this year and forced a delay in staging the event. On the day the swim went ahead, the sea was still difficult, so credit to all who took part. We are grateful for the huge effort involved.

Sincere thanks Eamonn & Mary along with all who supported and took part in this fundraising event.

Eamonn & Mary are pictured presenting the proceeds to John Hickey and we also include some photos from the event. 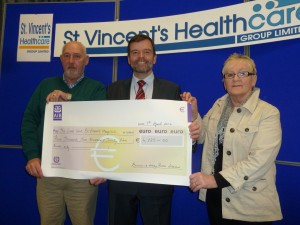 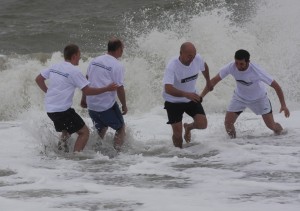 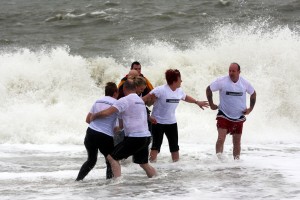