After Ian McDonald’s Mum was successfully treated for cancer in St. Vincent’s, he was determined to have a year of fundraising for cancer treatment and research during 2015.

Greatly supported by his local community of Annacurra, Aughrim, County Wicklow, the story of Ian’s year of fundraising started in January 2015 when he decided to let his beard grow for just over 5 months. In June 2015 in his local pub, The Saltee, he and his friend Kevin Stapleton had their beards shaved. Over €950 was raised on the night.

In October last, Ian ran the Dublin Marathon, finishing in 4hrs 44mins which was a great achievement.

Then in December his local community of Annacurra chose his fundraising cause as their annual charity donation. Each year they organise a swim on St. Stephen’s Day in the sea and this event raised over €1,200.

We would like to sincerely thank Ian, the Annacurra community and his other supporters for all his wonderful efforts and major contribution to a vital medical area. 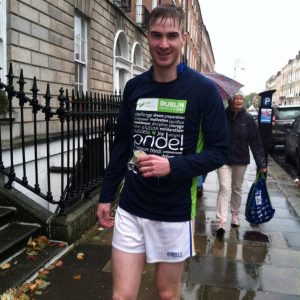 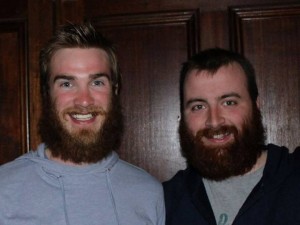 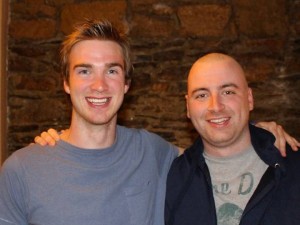