With a record attendance of cars, tractors and a most impressive Dog Show, the spectacle was wonderful.  As always there was a huge effort by the Committee in making this happen.

On behalf of our patients, we are really thankful to Tom’s family and everyone involved in this over the years. 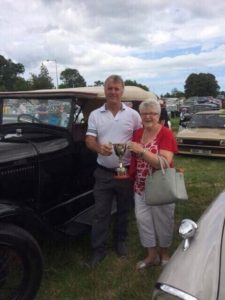